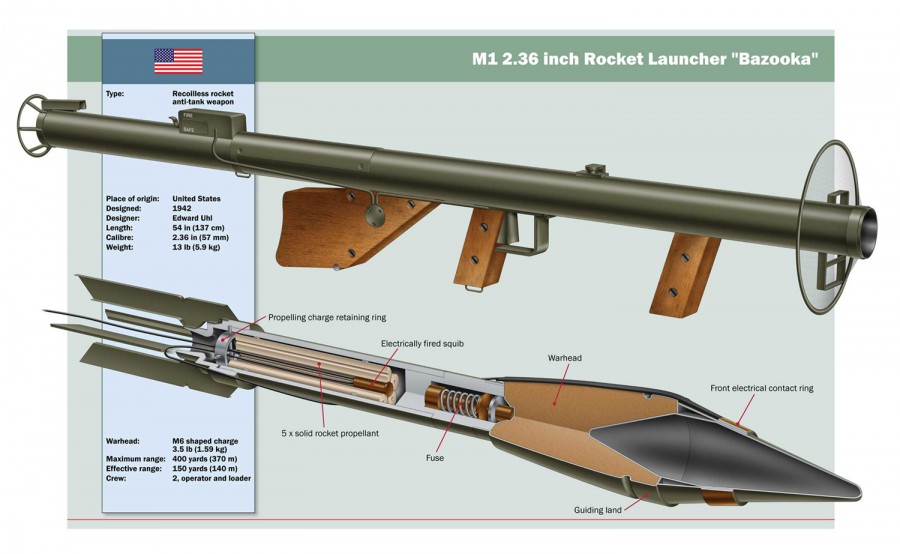 “Bazooka” is the common name for a man-portable recoil-less anti-tank rocket launcher weapon, widely fielded by the United States Army. Also referred to as the “Stovepipe”, the innovative bazooka was among the first generation of rocket-propelled anti-tank weapons used in infantry combat. Featuring a solid-propellant rocket for propulsion, it allowed for high-explosive anti-tank (HEAT) warheads to be delivered against armoured vehicles, machine gun nests, and fortified bunkers at ranges beyond that of a standard thrown grenade or mine. The universally-applied nickname arose from the M1 variant’s vague resemblance to the musical instrument called a “bazooka” invented and popularized by 1930s U.S. comedian Bob Burns. 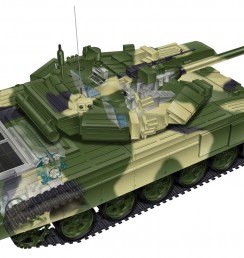 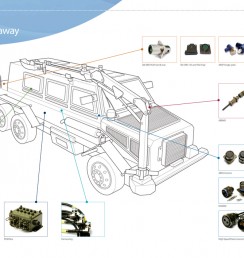 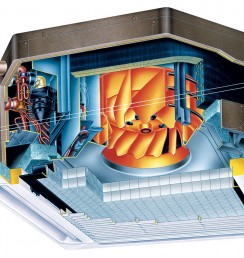 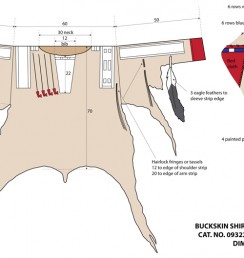